The Clown in the Forest

Sometimes there are animals that do the most silly of things. Maybe its because it reminds us of the foolish side inside ourselves. Maybe the humor arises from astonishment ("That animal is doing WHAT?"). From my experience, raccoons seem to be clever, mischievous, and rather comical. From cameras that I've used to study mammals in central North Carolina, I've gotten some great pictures of raccoons up to nothing less than shenanigans. Raccoons, Procyon lotor, are perhaps familiar to most folks as the annoying critter that stalks the bird feeder at night or harasses your neatly tied trash bags.


In this sense, raccoons deserve some respect, for not many species are able to adapt to and take advantage of the encroachment of civilization on their natural habitat. Raccoons are smart, and because they are generalists, their distribution ranges across almost all of North America. Whether on the ground or in the trees, raccoons are adaptable to a variety of habitats.


Primarily, raccoons feed on acorns and other plants, but they are also avid fishers, bird hunters, insect stalkers, and mollusk consumers (Stuewer, 1943). The raccoon does not tread freely however. Being a mesocarnivore (an intermediate predator in the larger food web), raccoons have to be particularly wary of coyotes (Canis latrans), bobcats (Lynx rufus), owls, and alligators (Alligator mississippiensis) (Gehrt, 2003).

Nonetheless, and pardon my anthropomorphizing, here are some entertaining pictures of the coon finding time to have fun.

And for my favorite, here is the ninja raccoon (he's got a mask and everything!). Enjoy his clumsiness stealthy expertise in navigating the tricky way of the woods. 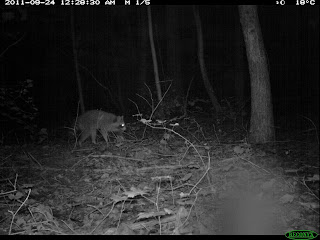 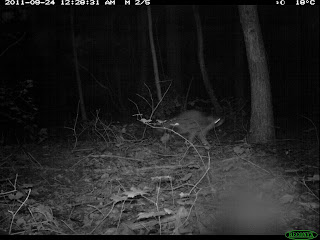 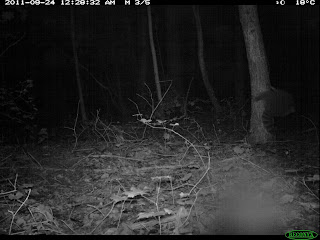 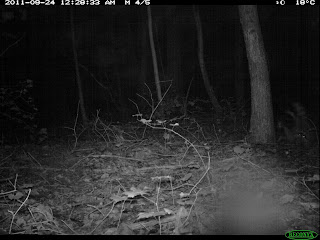 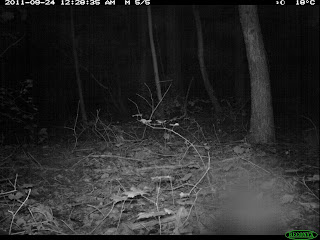