As winter draws near, it will be time for many terrestrial salamanders to reduce their surface activity and switch to their underground retreats. While some salamanders will use underground burrow networks created by small mammals, others will create their own.

Some members of the red-backed salamander species (Plethodon cinereus) will especially need to find a retreat soon. Starting in August, neonates hatched from eggs suspended in crevices inside logs, under rocks, and underground. These tiny salamanders are barely 25mm long. After an average of 6 weeks of gestation in eggs, the salamanders (depending on latitude) have only a few months before winter sets in. During this time, they disperse from the nest, forage, and find areas to overwinter. 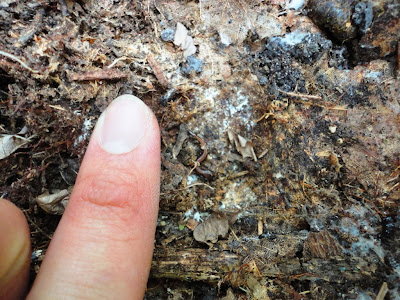 Female P. cinereus typically lay their eggs (collectively called a clutch) in late spring and early summer; however, it isn't uncommon for females to oviposit later in the year. The number of eggs in the clutch ranges from 1-14 and is often correlated to the size of the female. Unlike males that mate each year, female P. cinereus reproduce biennially. Developing eggs, and eventually brooding them, is energetically expensive. Clutches that aren't brooded have a higher chance of being eaten, as the brooding female will lunge, bite, and snap at other salamander intruders. In some cases, conspecifics (members of the same species) will cannibalize eggs due to their energy content and nutrients. 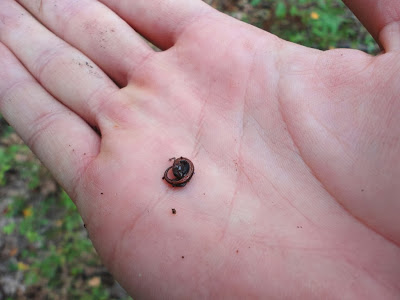 Here in the Northeast, winter is quickly approaching, so lets hope this year's neonates are able to find retreats deep enough that they don't freeze.