A Bear of a Time

Two weeks at the refuge so far and things are going smoothly. I put out a camera trap almost as soon as I got here and so here is my pull from the first week. Given that the refuge is along ten miles of river corridor, I'm hoping for some good results this summer. 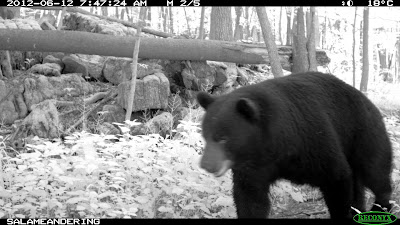 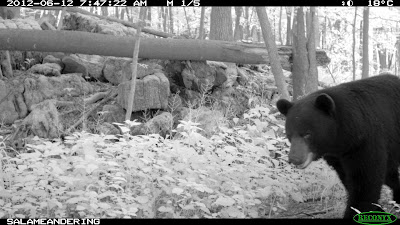 This is my first picture of a bear so I'm pretty excited. Here in New Jersey, there are bears everywhere, and it is not uncommon to see sows with four or five cubs (that's unusually high). This year there is going to be another bear hunting season, but hunting bears has been a fairly political issue in the state in the past. From what I've gathered, the American Black bear (Ursus americanus) is overpopulated here. 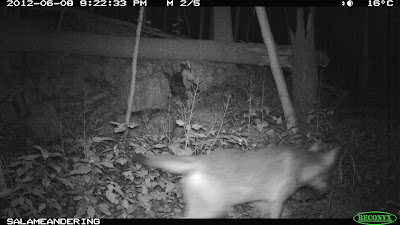 Two Coyotes (Canis latrans) made a run through, and a brave white-tailed deer
followed only a few minutes behind. 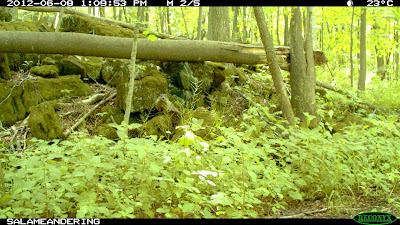 And to finish things off, a comical picture of the woodchuck (Marmota monax): also
known as the land beaver, whistle-pig and groundhog.