As the main research branch of the United States government, the US Geological Survey (USGS) does a lot more than look at rocks. They produce many of the research protocols that the National Wildlife Refuge system follow, and this includes the monitoring of many different taxa: streamside salamanders, vernal pool amphibians (see post), songs birds, waterfowl, and many more.

These guidelines for wildlife monitoring mean that nationwide, there are standardized surveys going on, giving the USGS significant insight as to how wildlife populations and species distributions are changing. One of the surveys that we have conducted as part of these protocols include “Secretive Marsh Bird” surveys. 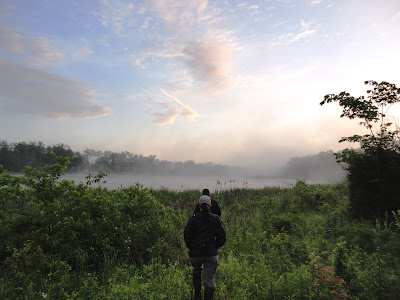 Walking to the first marsh for surveying. Multiple marsh locations are done within
a 4-5 hour window of time during specific weeks of the year.

Like many bird surveys, early morning hours are required, and in this case, they are required along with a portable speaker system. Many of the birds that are obligate marsh birds—meaning they are only found in marshes—are extremely hard to see. In order to survey for them, we play a sequence of bird calls with hopes that these birds will return the call. As with many birds, secretive marsh birds are territorial. Thus, they think the call we play is an obnoxious intruder, and it is their duty to let the intruder know that turf (or surf?) is already taken. 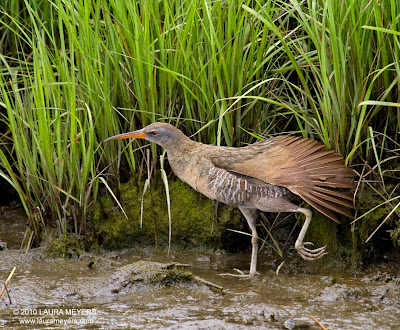 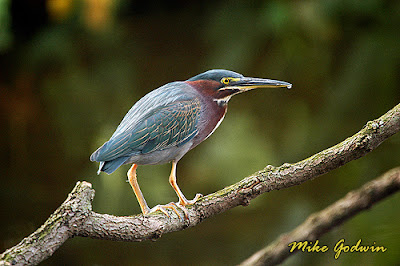 Some of the species that are targeted include the Least Bittern, American Bittern, Sora, Green Heron, Virginia Rail, and Moorhens, and Clappers. While many people think of Great Blue Herons when they think of marsh birds, Great Blues are not considered obligate marsh species, as the herons can be found along streams and other habitats as well. 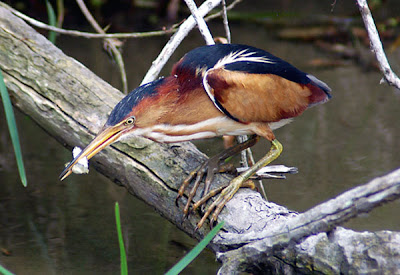 Least Bittern. Photo by 50birds.com
Posted by Piedmont at 7:07 AM