No Thanks, I'm Full

Nobody likes a bad meal. You can put in the time, energy, and dedication, yet when all is said and done, what you get is disappointment. I don't know if wild animals experience similar events, but I certainly wonder. For instance, could predators pursue and succeed in catching prey, only for prey to taste bad or have some defense that leaves the predator out of luck? The short answer is yes, but the long answer involves the detailed history of predator-prey interactions: the co-evolution of species' physiology to be in a spy versus spy battle of biological weaponry (think camouflage, claws, armor, or a toxic taste). One defensive tactic, known by all owners of adventurous pet dogs, is the skunk's potent stink spray.

As you can imagine, a pungent stench only really works against something with the ability to smell it. The skunks (Family Mephitidae, "of noxious smell") have two common species in North America--striped (Mephitis mephitis) and spotted (Spilogale putorius). Two additional species exists in the southwest near Mexico, but they are rarer (hooded and hognosed skunk). While skunks have fellow mammal predators such as foxes, coyotes, and mountain lions, they are mainly a food source of last resort for these species. Unfortunately for the skunk, it has a more voracious predator, the great-horned owl (Bubo virginianus). It was probably a great-horned owl that left this striped skunk dead on the road. 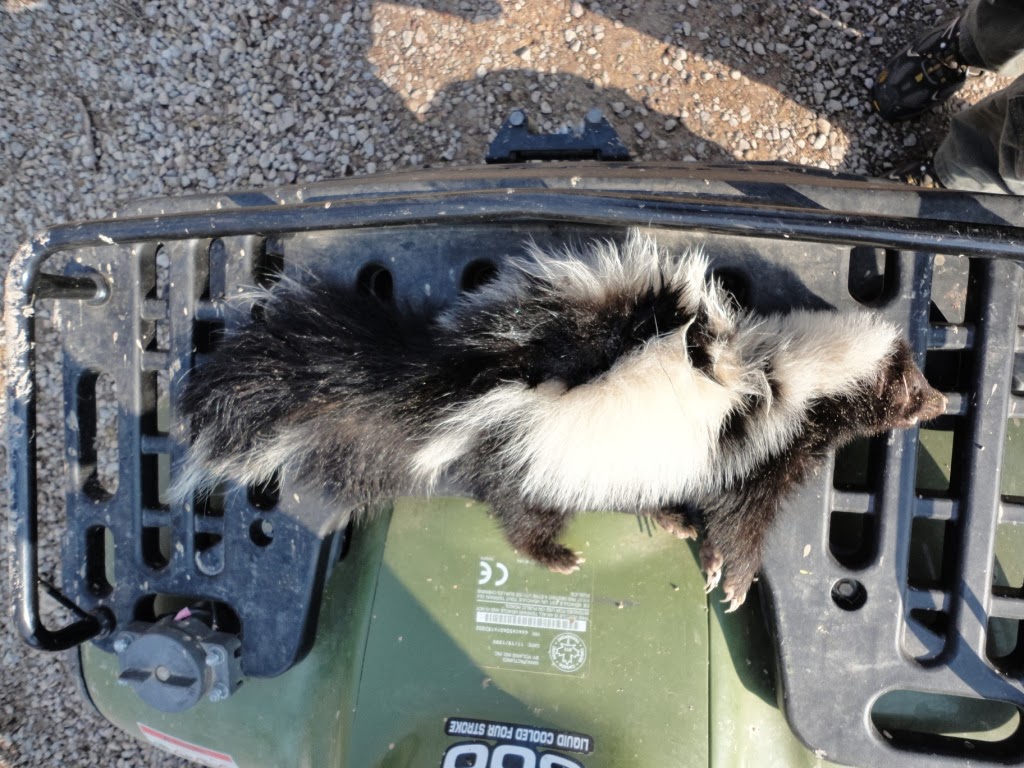 Great-horned owls, reliant on their sight and not their nose, can have skunks as the main prey-item in their diet. In some cases, owls will have eaten so many skunks that they and their nests give off the skunk musk. The skunk in the picture above appeared dead on the road after one night. It is hard to see in the picture, but on one side of the skunk, there were two sets of three puncture holes, and on the other side, there were two sets of one puncture hole each. It was clear talons had pierced it. Since skunks are mainly nocturnal, it was most likely a great-horned owl that struck it. Other candidates include red-tailed hawks.  While skunks can become pests in urbanized areas because of available food (trash) and shelter (crawl spaces), they are great consumers of rodents, insects, lizards, frogs, salamanders, fungi, roots, and nuts in their natural milieu. 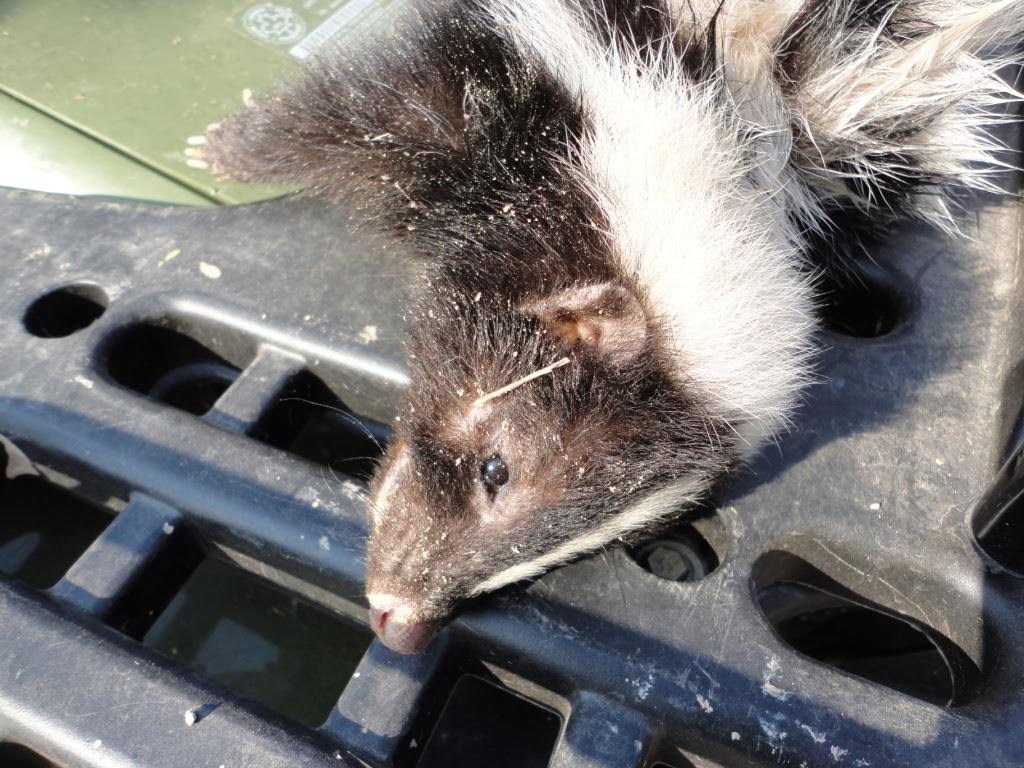 As seen by its small eyes, skunks have poor vision and instead rely upon
strong senses of smell and hearing. 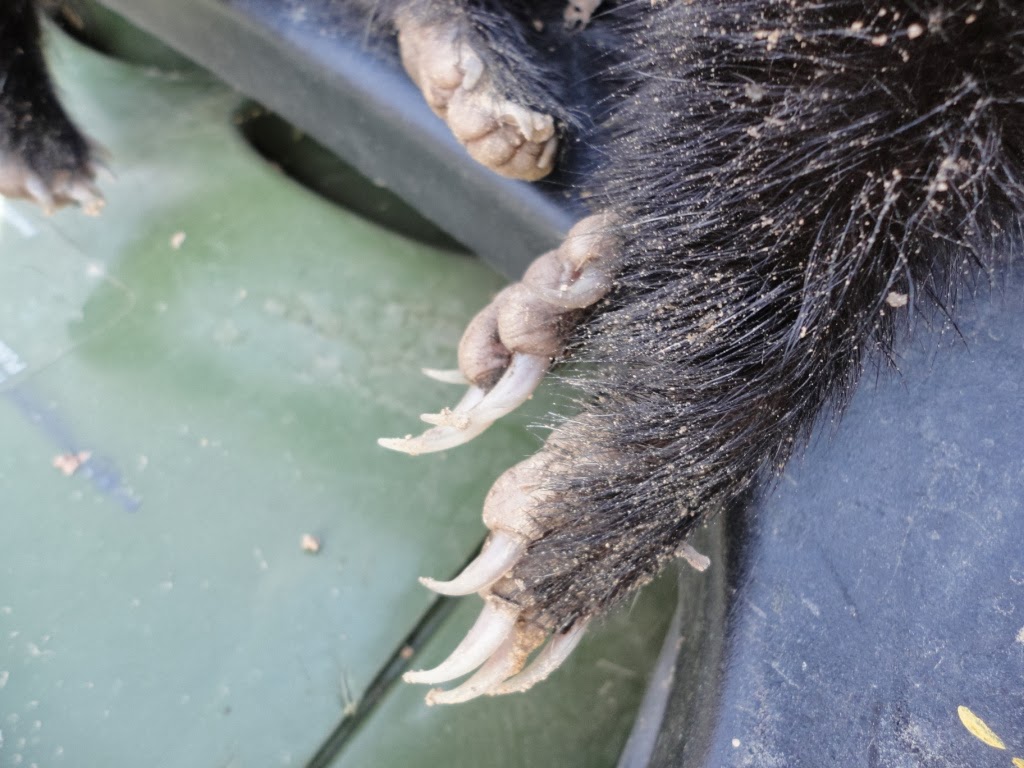 In the superfamily of Musteloidea, skunks are close relatives of weasels, badgers, otters, and mink.
Thus, it is no surprise that they spend a lot of time in burrows that they have dug.

I'm not sure what exactly happened between the skunk and its owl predator--maybe the owl got spooked by something else and abandoned its kill--but I prefer to think it was an epicurean owl, disappointed by its foul smelling catch.